Oliana Moe
Senior Oliana Moe is usually in the spotlight for emceeing student activities and assemblies. However, her pursuits outside of school cast a brighter light on her when she was selected as one of Senator Brian Schatz’ Senior Interns.

After an intensive application and interview process, Moe is one of 15 Hawaii high school seniors selected to participate in this year’s Schatz Seniors Internship Program.

According to Senator Schatz’ Nov. 13 Press Release, “[t]he Schatz Seniors internship program provides a hands-on opportunity to high school seniors interested in learning about the U.S. Senate. Students will work with Honolulu outreach staff and help to identify issues of interest in their schools and communities. They also attend and staff special events co-hosted by Senator Schatz.”

In a letter from Director of External Affairs Sarah Kaopuiki from the Office of Senator Schatz, “As part of the program, all students must maintain a 2.0 GPA. Interns were selected based on their community involvement, diversity of interests, and demonstrated leadership qualities.”

Moe credits college counselor Malia Kau for her assistance with the application. She said that she passed by the flyer a few times, when Kau thought it’d be a good idea to apply. “Even if I didn’t get in, at least we could say we tried,” Moe said. “She really helped me get out there and expand my horizons, [and] add to my schema.”

Moe said that when she received her acceptance, she was “very excited,” but it was her father’s reaction that made the news even bigger.

The internship is more of a learning experience. We’re learning slowly more and more about how the government system works from the inside rather than the outside, from people who just know stats. The other interns ideas and perspective on things help me understand what’s going on even more as well. I can’t wait to get more into the internship and see how the rest of it turns out.”

Moe has plans to  attend college and major in kinesiology.

“As crazy as it sounds, my long time goal is to return to Radford as the athletic trainer, and give back to the school who has helped shape me into the person I am,” she said.

Patricia Ongcangco
Senior Patricia Ongcangco is busy with student activities; more, since she’s class president and heavily involved in student government. Now, she’s getting a taste of how real-world government works when she leaves campus and joins four other interns at Senator Glenn Wakai’s office.

Ongcangco said that she started her internship during Winter Break, and is expected to continue until May.

She is one of five interns. Two are from Moanalua, another from Farrington, and the third is from Iolani High School.

“[Wakai] has meetings for us. We sit in, and we share our opinions with him,” she said. “He gives us a hands on experience on some of the issues he helps decide at the Capitol. Right now, he’s focusing on helping better the economy on the island, so he’s teaching us to think about the bigger picture and understanding economics.”

Ongcangco heard about the internship from Student Activities Coordinator John Goto. She said that Wakai  spoke to Goto about finding eligible students to apply.

When she was offered the internship, “I was really excited because it’s really cool to say that it’s my first job,” she said, “and my parents are really proud.”

Ongcangco said that she plans to attend Johnson & Wales University in Rhode Island, and pursue entrepreneurship in the culinary industry. 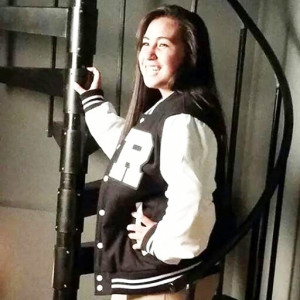