Captain Marvel to the Rescue 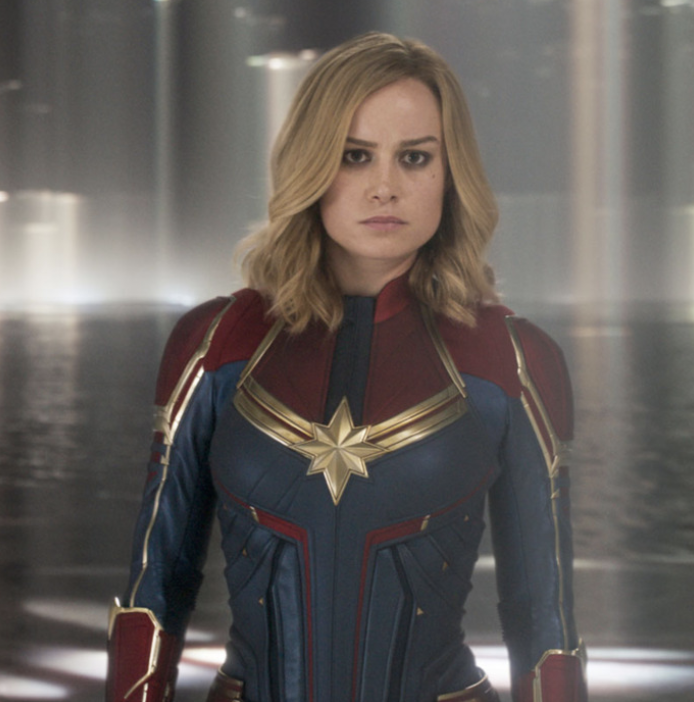 “Captain Marvel” is a PG13 movie, directed by Anna Boden and Ryan Fleck, which gives us the backstory of Carol Danvers (aka Captain Marvel) played by Brie Larson. “Captain Marvel” has a runtime of 2 hours and 5 minutes, and released on March 8 with $825.1 million in the box office.

In ‘Captain Marvel’ we find out how Danvers receives her powers and becomes involved with the newest Avengers’ movie ‘Endgame.’

Carol was a U.S Air Force pilot and had been involved in a crash with Kree, played by Annette Bening, and that was where Carol “died” by one of the skrulls. Turns out it was just a nightmare, but she keeps having flashbacks of people she doesn’t know.

The movie has scenes of Danvers’ childhood, her training days in the military, and her best friend Maria Rambeau, played by Lashana Lynch.

For every time that the movie showed a flashback into Danvers life I would try to think of why they would put that in and then figure out the reason why it was so important to the movie.

So, after escaping the Skrulls, she arrives on Earth, and contacts her team, Starforce, who’s far away from her. Nick Fury, played by Samuel L. Jackson, is introduced and becomes her partner in finding these skrulls and the recurring people in her flashbacks.

Whenever Nick Fury showed up I was like “oh he has both eyes,” and then I started to wonder if it would show in the movie how he lost one his eyes. I also was wondering if anyone else was going to show up from past Avengers movies.

After piecing together everything and leaning the truth about what actually happened the day of her crash, Danvers felt betrayed by Yon-Rogg, played by Jude Law.

Fury, Danvers, Rambeau, Goose (cat), and two skrulls soon team up to save the skrulls’ home from the Starforce.

When they reach space they find a camouflaged ship that is carrying skrulls on board, and the Space Stone (Tesseract), one of the six infinity stones. While watching  the heartwarming reunion with the skrulls and their family, it gets cut short when the Starforce come “taking away” Captain Marvel’s powers.

During Danvers dream we see how Kree is their saying her powers were actually being controlled the whole time and she never knew how to control it herself.  When that scene was happening I was a little shocked because I thought that she was in control of her powers the entire time.

Soon, Danvers starts to learn how to fully use her powers and escapes that dream along with breaking the restraints that were on her. Danvers then goes against the Starforce, and takes out everyone using her true power.

As the movie comes to an end, many spaceships are surrounding Earth and start shooting missiles to destroy the planet, but lucky Captain Marvel gets to them in time and blows them all up. She also starts to destroy some of the spaceships as well facing the boss, Ronan, played by Lee Pace, and has his team retreat to deal with her next time.

The movie overall was great I really enjoyed it, their were a lot of ups and downs, but it did play out very well. I would want to see this movie again and I highly recommend people to watch this movie.