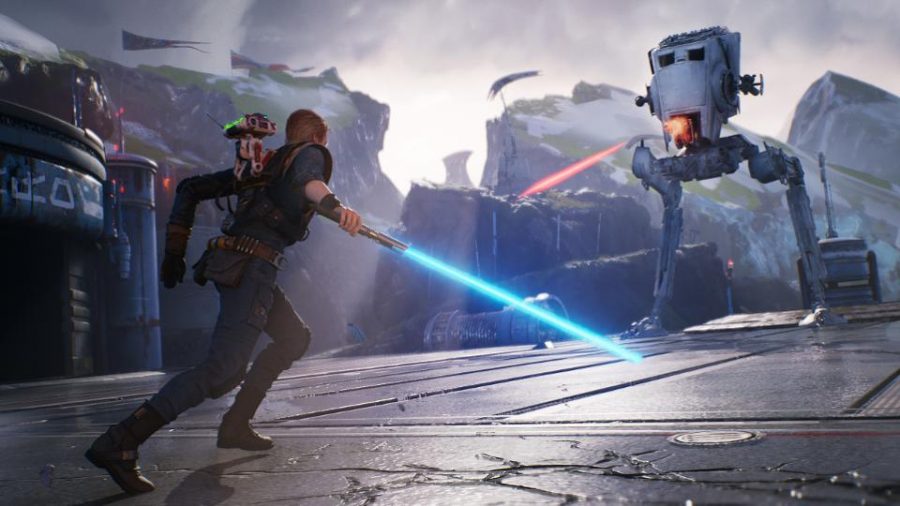 Star Wars Jedi: Fallen Order is one of the newest additions to the action adventure gaming franchise and had been highly anticipated by the community. But is this really what Star Wars game fans wanted? Fans have been begging for a Star Wars based game for a long time, and the reviews and mixed opinions about it are leaving many disappointed.

Since coming out in November, there have been over three million copies sold worldwide, and overall a large amount of people enjoy it. But, there are some that think it is a failure, and the graphics in the game are not great, but not bad.  Compared to current games that have come out recently, this does not compare.Star Wars: Jedi Fallen Order is a story play-through game that takes place after the Republic has fallen. Players take on the role of  a young Jedi named Cal, who is working as a scrap worker and hides the fact that he is a Jedi to protect himself. Players explore many planets and meet new characters along the way and  get to choose and edit their lightsaber, star ship, outfit, and robot. Exploring the planets and defeating enemies is the best part about the game, but getting past the obstacles in the way can be very overwhelming to some players.

As players visit each planet, they will quickly discover that killing stormtroopers and other enemies isn’t the only obstacle in the way. In order to get from place to place, players have to do some climbing, running up and across walls, sliding down hills, swinging across vines and ropes, and using the force to slow down objects moving in your way. While some players argue that this makes the game more fun, most say it gets in the way of enjoying the game and is repetitive. Some players have even gone as far as saying that they have no interest in wanting to play the game anymore just because of the parkour involved, but the majority of the fans enjoy it and what it’s there for. The story in the game is not that long, so when you complete the game, there is not much left to do. There aren’t any quests you can complete after, but you can search for other outfits and lightsaber parts that you don’t already have. Players can also continue upgrading your skills and force abilities if they haven’t already learned every skill.

Although the game is not as long as other games, it tells a great story and holds a lot of fun missions. Each planet players travel to holds different and new enemies to fight against, collectibles and upgradable items for their lightsaber, and much more. The different planets you explore all hold different places and abandoned ruins they can explore. Players even get to see well known characters such as Darth Vader. As players explore more planets and defeat enemies, they can learn new moves with you lightsaber and new ways to use the force with your points you earn. It’s very helpful as the enemies get harder to defeat the father you progress in the game. The exploring part of the game is what  makes players want to come back and play more. The small details in the game also make it feel more real, like how the lightsaber interacts with the environment. It makes temporary glowing scars or shattering objects such as pottery.

The story in the game is not that long, so when players complete the game, there is not much left to do. There aren’t any quests that they can complete after, although they can search for other outfits and lightsaber parts that they don’t already have. Players can also continue upgrading your skills and force abilities if they haven’t already learned every skill.

Overall, Star Wars: Jedi Fallen Order is well made and easy to enjoy. Exploring different planets and going through the story is a lot of fun. Upgrading skills and learning new lightsaber moves and force abilities are fun as well. Fans of Star Wars will definitely enjoy this game.