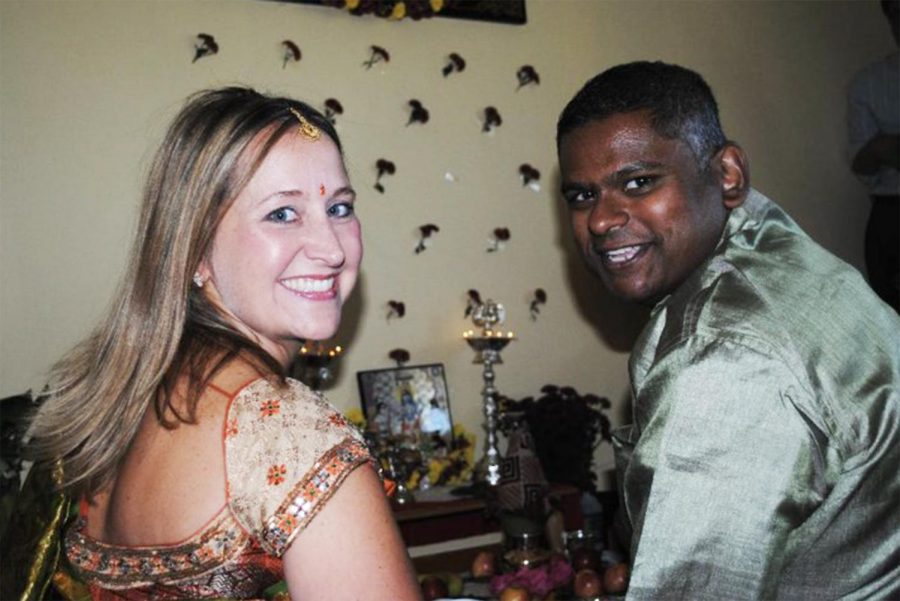 I was on the phone having a casual conversation with a close friend of mine when the discussion drifted off to the topic of cultural appropriation. As a bold, proud Latina woman, she expressed frustration in how her big hoop earrings were being appropriated. When I shared my confusion, she said that back in the 90s, black girls and Latinas were called ‘ghetto’ for wearing hoop earrings. White girls did not start the trend of hoop earrings, but they’ve hopped on the bandwagon and are now being praised.

Personally, I thought what she was saying was ridiculous, but in order to educate myself I skimmed over some articles saying essentially the same thing as her. This heightened my confusion, since I am completely unaware of the bigotry faced by black women or Latinas for wearing oversized hoop earrings. In fact, these giant dangling hoops were a phase I passed through during my freshman year.

I came to learn that hoop earrings were, in fact, a big trend in the 90s for black and Latina women, but also evident in several cultures in the ancient world. This accessory was common in Greece, Rome, and the ancient city of Nimrud, located in modern day Iraq. So did black women and Latinas appropriate hoop earrings from these cultures? Or are white people appropriating fashion trends from the Latina and black cultures?

This led me to asking and learning massive differences between cultural appropriation and cultural appreciation.

The public has been educating themselves on cultural appropriation and scrutinizing the privileged cultures insensible use of elements of marginalized cultures. Like I said, I kept quiet. I thought people who were angered by such small things were a little too sensitive. Mehendi, a form of body art from Ancient India, is stunning, so it was understandable that people wanted henna tattoos. I am really not a huge fan of white people wearing dreadlocks, but who would it hurt if they got them? What was the problem? Isn’t there a saying ‘imitation is the highest form of flattery?’ If you appreciate something beautiful from another culture, it’s okay to adopt these elements, right?

What is it?
Because you did not have hateful intentions, it seems dumb to be told appreciating something could possibly have a negative impact. From what I’ve learned, there are certain questions that determine whether your practice or object qualifies as appreciation rather than appropriation.

There is nothing wrong with admiring aspects of a culture, but there is a negative impact appropriating them. When the rich history of the practice is ignored and the aspect is objectified and fetishized, then the traditions that carry immensity for a culture is being diminished.

This is not to say that borrowing from other cultures is always offensive, but if there is special significance to something, that should make it off limits.

Here’s a tricky example that had the media in an uproar: the bindi.

Is wearing a bindi cultural appropriation?
The word ‘bindi’ comes  from the word ‘bindu’ which is a Sanskrit word for ‘point’ or ‘dot.’ So if you didn’t know, a bindi is a dot worn on the forehead mainly in South Asia. Although they were rooted in South Asia, they have slowly become an exotic accessory for celebrities in the Western culture and they have been accused of cultural appropriation.

Bindis have been worn in famous performances such as the Pussycat Dolls ‘Jai Ho’ and Iggy Azalea’s ‘Bounce’ and in Selena Gomez’s performance of ‘Come and Get It’ at the 2013 Billboard Music Awards. They’ve been worn casually as accessories. For example,  Vanessa Hudgens at Coachella and Gwen Stefani in the 90s. There was controversy over the accessory and, of course, the question were aware of the spiritual meaning of why that accessory is used before they casually slapped the bindi on their forehead.

The first question asking your awareness of the historic themes is complex. Cultural groups often borrow various customs from one another and the bindi was one of those customs. In India, bindis are worn by women from many different religious and cultural communities such as Hindus, Jains, Sikhs, Buddhists, and even Catholics.

As well as the communities, the meaning of the bindi differs as well, making the second question a bit confusing. Hindu culture tells us that the bindi can represent many aspects, but from the most common is a red dot representing a married woman. Another Hindu belief is that all people have three eyes, two physical eyes for seeing the external world and the third focusing inward to God. To them, the bindi signifies piety and holiness, in addition to a constant reminder to keep God in their thoughts. In the ancient Aryan society, a bride would make a long vertical mark on her forehead called a ‘tilaka’ and put a bindi underneath it. Tantric cults called the area between the eyebrows to be the sixth chakra, known as the ajna, and believed it to be the seat of concealed wisdom. They believed that during meditation, latent energy rises from the base of the spine to the head and out from the ajna to release potent energy.

That being said, one could argue that because the meaning of the bindi range so drastically, the religious significance is lost. But as I said before, it is still a part of South Asian cultures and religions and they wear it with that significance, whereas others may only stick the bindi on themselves for fashion or aesthetic reasons.

Understanding the history of oppression is an important one. The British arrived in India in the 18th century with the goal of controlling Indian Territory and colonizing various aspects of Indian culture such as religion. They believed that the religion of Hinduism was the root cause of all the evils that was prevalent in India.

But somehow, we have adopted this religious object without shame.

Cultural exchange
I can recall my aunt, a white woman, wearing the bright red dot in the center of her forehead during her wedding ceremony to an Indian man. As I was learning about cultural appropriation, I asked her about it.

The bindi carries great significance in all Hindu ceremonies and rituals. As a Catholic woman marrying an Indian man, they had a wedding ceremony at a church as well as a Hindu celebration. It is tradition for Hindu brides to wear red during their wedding because the color red represents love, prosperity, and fertility and red bindi is ideally meant for married women.

This is an example of cultural exchange. Being invited to learn, enjoy, and participate in a culture. My mother and a few of her sisters who were married wore a bindi as well.

This is entirely different from sticking on a bright blue bindi going in order to stand out at Coachella.

Final Point
All I can say is that marginalized communities have faced discrimination, stereotyping, and violence for certain practices. In fact, some are pressured to discard the cultural traditions in order to avoid hate. Therefore, imitating these practices can harm more than they can help.

I feel our society needs a better understanding on what cultural appropriation is rather that attacking people who don’t understand.