‘Meatballs’ Sequel Draws Out Laughter For All Ages 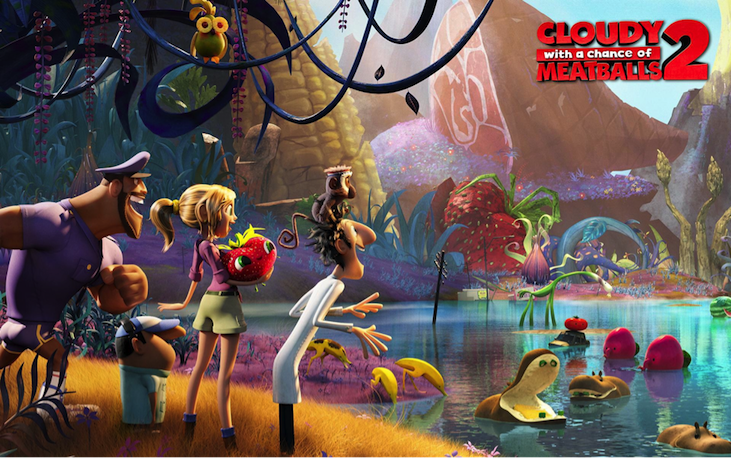 “Cloudy With A chance of Meatballs 2,” the second in the series, is not only visually appealing, but is an entertaining film for children and adults alike.

Flint, an inventor and the protagonist,  invented a machine that turned anything into food but was forced to save the day when his machine made disaster foods, like spaghetti tornadoes. In the sequel, his machine returns and is now turning food into living animals, but still look like food.

As an 18-year-old teen, I enjoyed and was even more engaged in the movie then my 12-year-old sister.  I erupted with laughter at the witty comments and the visual of animals shapes made from different types of food.

The characters all comedic personalities matched the silly plot of the film, like Cal Devereaux, the son of a police officer, who uses frosting to draw on his chest hair. One of my favorite characters included Barry, a talking strawberry with eyes and little legs, who helps save the day with Flint. The movie also included other adorable creatures, such as Hibbo Potatoes, butter frogs, and even Watermelon Elephants.

“Cloudy with A Chance of Meatballs 2” is a great family movie that will keep you and any child’s attention, while keeping a smile pasted on your face.  I recommend renting the first one, though, before you go out to see the sequel because the movie is more enjoyable if you have a full grasp of what’s going on in the movie.