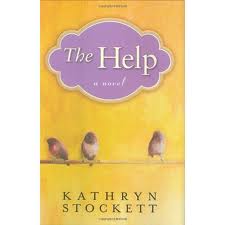 Interesting historical fiction books are hard to come by and when they do, they’re must-reads. In “The Help,” written by Kathryn Stockett, its captivating storyline manages to do just that.

In “The Help” Eugenia Phelan is a white woman and aspiring journalist who interviews 13 African-American maids and writes a book on their interviews. Their stories are about their white employers, sharing both good and bad experiences.

Minny is one of my favorite characters because of her headstrong personality. She manages to keep her calm face and doesn’t hesitate to let  someone know if she’s annoyed with that person.

If the novel had a drawback, the first 130 pages was too slow for me. The events leading up to the climax were well written, but they seemed to linger on a character’s storyline for too long. Another drawback was the change of point of view among the three main characters, Aibileen, Eugenia and Minny.

At the same time, you can’t help but gain a broader view on how much racism African-Americans faced during the 1960s in Jackson, Mississippi. At that time, in the book, African Americans generally lived in ghetto neighborhoods. The police turned a blind eye to crimes committed against African Americans. At one point in the book, an African American who was shot by a white man, and although the white man was caught, he wasn’t charged.