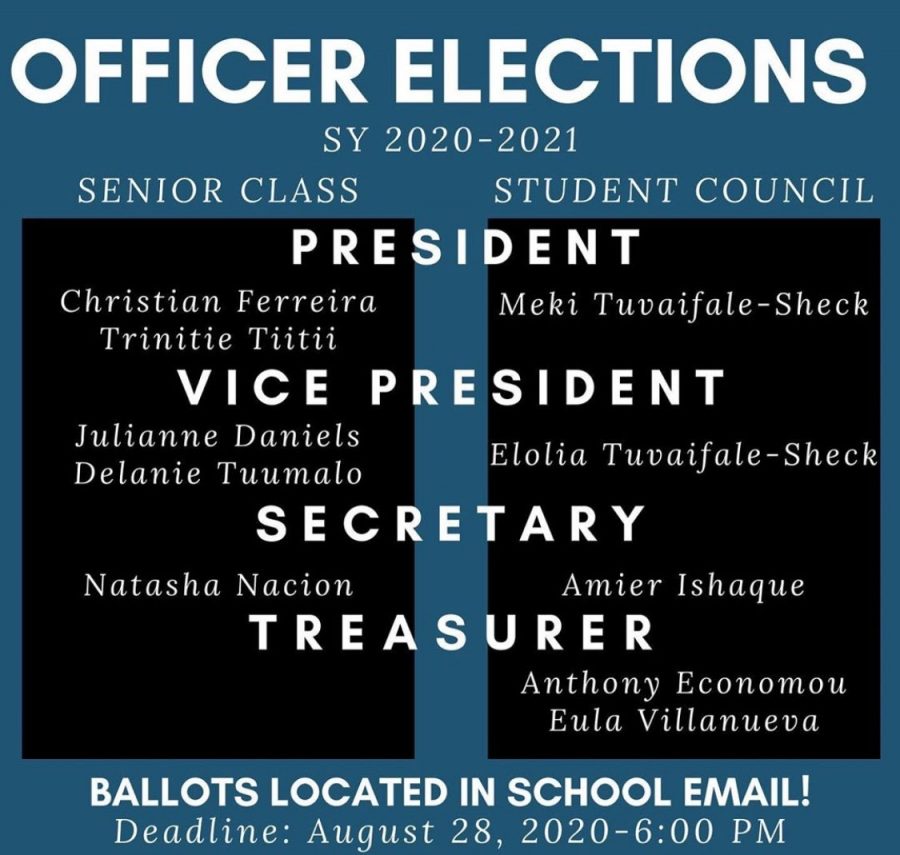 After years of walking to the ballot to turn in anonymous votes, the process of selecting the student body council has changed. This year has been a very hectic path for the students and teachers here at Radford High School. Just last year,  there were posters of smiling applicants and short speeches on why the people running for office are the best to vote for on school broadcasts in the morning, but times have changed. With the pandemic forcing us to self-quarantine and work online from home this school term, the faculty members needed to come together to form a way students could vote for their next student council. With many possibilities such as mail-in ballots, to voting in person at the school while social distancing and wearing a mask, online was the eventual choice. It was also the safest and most convenient choice because no contact was made through voting online. Getting a grasp on everything that is happening this year voting isn’t the first and only thing on everyone’s mind. From the virus running rampant on our island to protestings happening all over the United States, school elections are certainly not the only thing on students’ minds.

“Even though I didn’t vote, if I did it I wouldn’t have any problem with online voting because it’s kind of easier anyways,” said Senior Cyera Montelongo. “A couple of clicks of a button and you’re done,” she added.

Polls were open from August 24 to August 28 and a total of 226 of Radford students participated in the election survey. Those that may have had no knowledge of where to look could’ve sought out their Radford Class Instagrams or checked their email for a small invitation to a momentous event. Concluding this year’s election we should congratulate the candidates that won the election. Our presidents include Seniors Christian Ferreira, Senior Trinitie TiiTii, and Junior Meki Tuvaifale-Sheck. Vice presidents include Senior Julianne Daniels, Senior Delanie Tuumalo, and Junior Elolia Tuvaifale-sheck. Elected Secretaries are Senior Natasha Nacion, Junior Amier Ishaque, and Treasurers are Juniors Anthony Economou and Eula Villanueva. They were able to prosper and triumph through this tough period in time. We should look up to them as leaders who will stand tall as our role models.