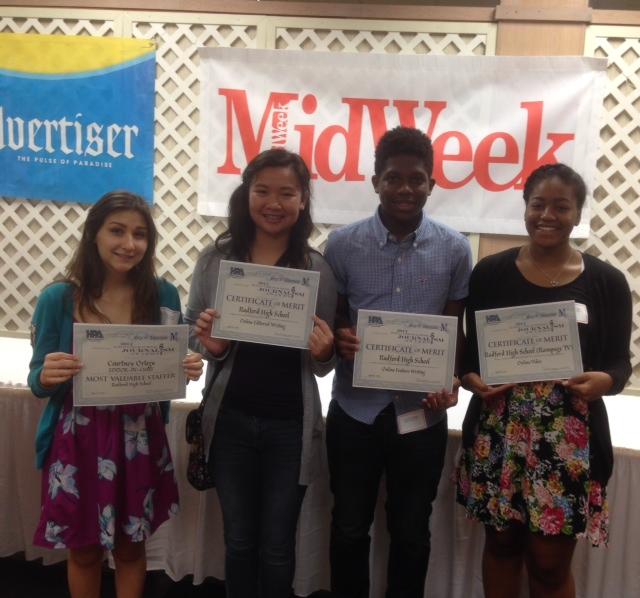 RamPage TV’s Kevin Jamoraban and Gabriella Hidalgo-Magday, both seniors, won the online video category with their piece on “Lawnmower”.

Ortega was also recognized at the awards luncheon and in the Star-Advertiser as The RamPage’s Most Valuable Staffer.