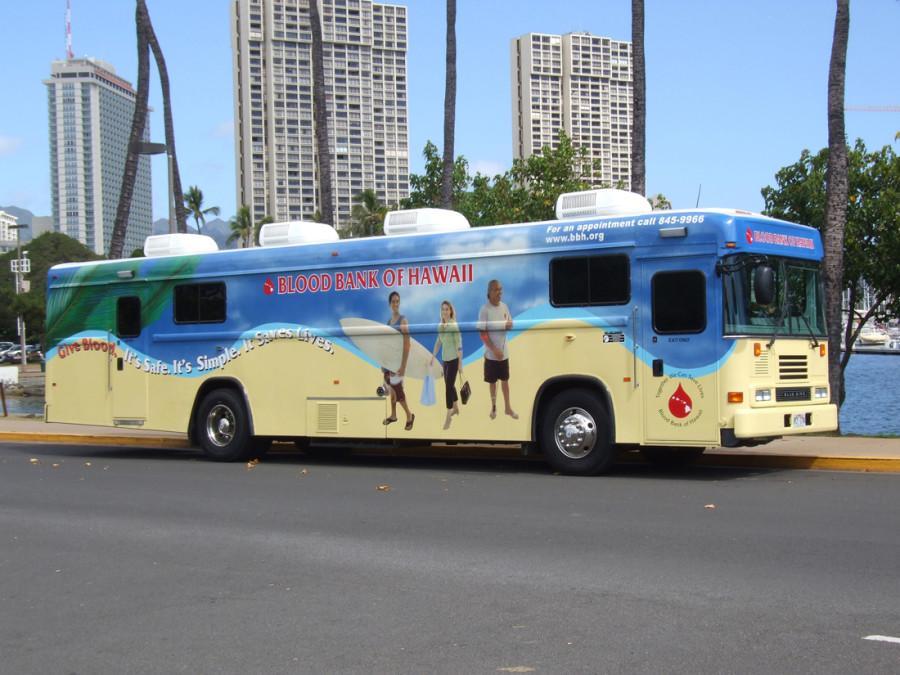 With 40 open positions for donors, 70 potential student donors turned out for the blood drive on Aug. 30.

Potential donors must be 18 years of age, or 17 with parental consent, and weigh 110 pounds or more.

According to senior class President Roselia Lojkar, we “hope to have 200 pints of blood donated by the end of the year.” More blood drives are planned in the school year, with the next one scheduled in November.

Blood Bank of Hawaii is a non-profit organization that provides blood to 17 hospitals statewide. Blood given is used for surgeries, critical accidents, anemia, and for mothers and babies during birth.

One donation is capable of saving the lives of up to three people. In Hawaii alone, 60 percent of people will be in need of a blood donation at some point in their life. That equates to nearly two in three people who could rely on a simple donation.

However, only 2 percent of people in Hawaii will donate. Donations only take up to an hour and lives that could be saved by a donation. Radford is one of many high schools throughout the state participating in these blood drives.