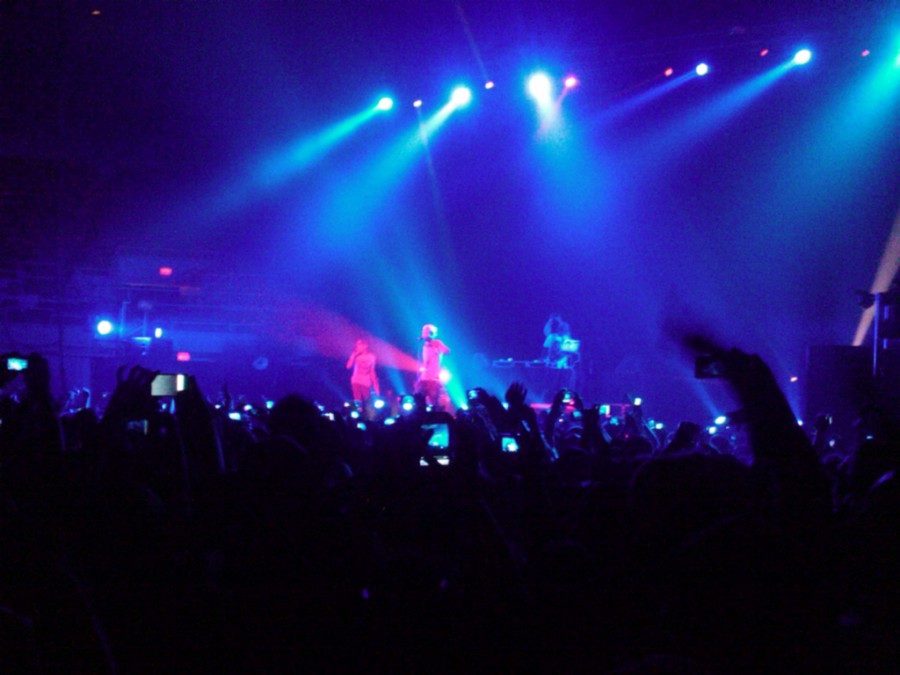 Congratulations to seniors Tyler Kimball and Kaleb Jones for winning a pair of tickets to Wiz Khalifa (sponsored by The RamPage Newswriting class). They attended his concert at the Blaisdell Center on Oct. 21.

“Kaleb and I were excited to learn we had won tickets to see Wiz Khalifa in concert,” Kimball said. “It just goes to show that by keeping up with therampage.net, you never know what prizes you could win. It was an awe-inspiring show. The best part of my high school senior year so far.”

“The concert was awesome,” Kimball said. “If you couldn’t go, you missed out on one of the best hip hop and pop, rap artists of the year. It was extraordinarily impressive, the show Wiz Khalifa performed for everyone at the Blaisdell Center. Neither of us had expected the concert to be as good as it was. Everyone was going crazy for the music, pushing to be in-front of us, and the vibration from the speakers made the room buzz, and shake. The light effects and atmosphere made everything come together for an outstanding show.”