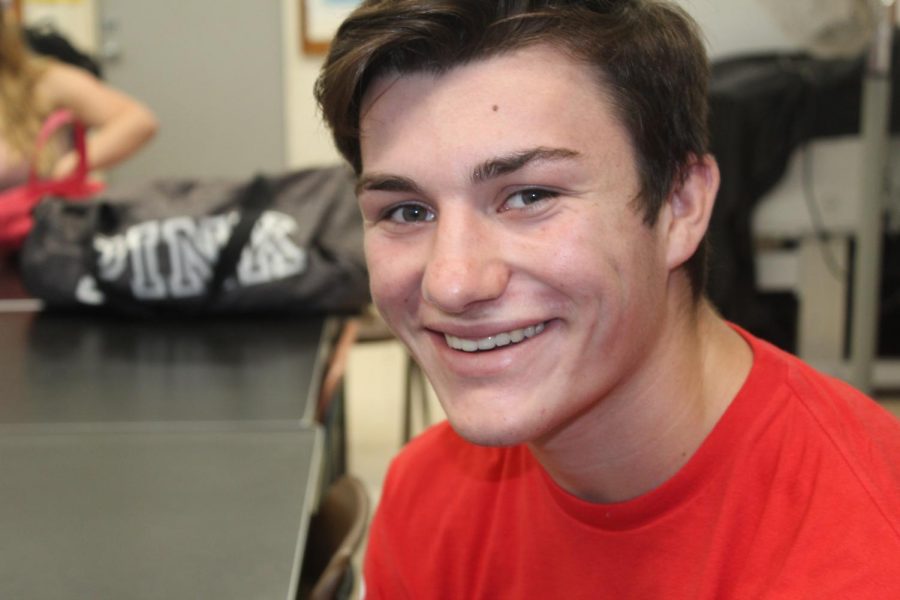 Senior Chase Daack was selected  for Athlete of the Quarter. He played varsity football and his  coaches nominated him for this award. Daack played a lot of positions for the homecoming game but for most of the season, he played defensive back.

“(I) knew what was going on and acted more of leader which helped me know what I was doing,” he said.

This season, something he had taken to heart “was perseverance.” Daack wasn’t actually thinking of joining the team this year. He was on the wrestling team and thinking of joining cross country however coaches went up to him and convinced him to join football after seeing his athletic performance. Although the football season was difficult, there were a lot of really strong players on the team. Daack was able to help his teammates out, which also helped him grow as a player and a leader.

“It was really cool to see everyone show up everyday and continue to work,” he said. “This year, we came together, we were really close and continued to work. It was hard for that night, especially to lose.”

Overall Daack is happy with his last football season because he gained confidence since last year . He was excited to play more this year because during his junior year, he wasn’t able to  play as much.

“I was pretty proud of how I did,” Daack said. “I was able to help people out, which helped me to learn what I was going to do and where to go.”

Daack moved to Oahu during his sophomore year.  Prior to that, he played football at Columbia Missouri Rock Bridge High School.He aspires to get his degree in either physical therapy or education. He wants to go to college at  University of Central Missouri or Texas Christian University. Daack is hoping to continue to play football in college.