As Prices Rocket, Insulin Users Worry for the Future 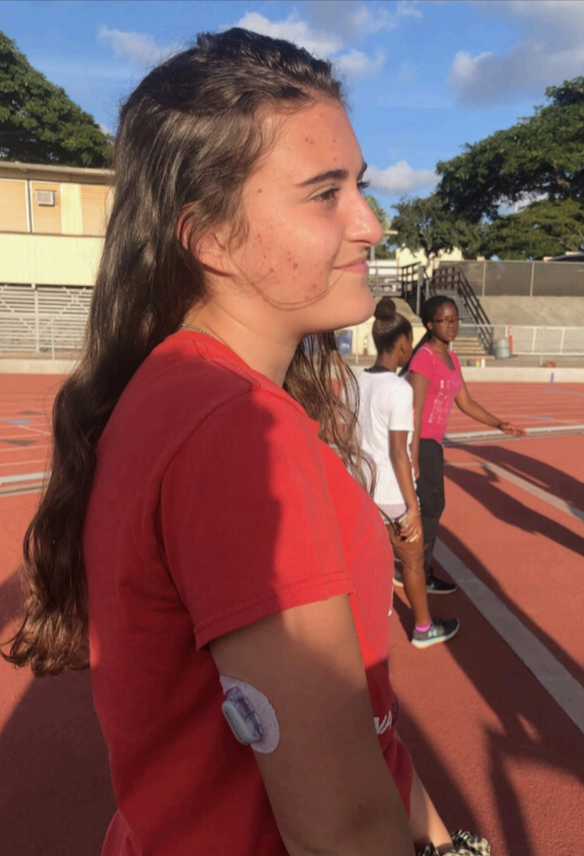 With an outrageous increase in the prices of insulin, an injectable hormone that is necessary to manage diabetes, the 9.4 percent (more than 100 million) of Americans with diabetes face a life-threatening complication. Could they afford the $300 bottle that is necessary for them to live every month?

While some Radford students don’t have to worry about their insulin while under their parents’ insurance, some diabetics haven’t been so lucky.  Rationing insulin is a dangerous gamble, due to it being such a key part of living with diabetes.

However, some people don’t have a choice when it comes to rationing the only 28-day usable hormone. With prices rising and having to be replaced every month, insulin is extremely expensive for most people.

For people with Type 2 diabetes, their fat, liver, and muscle cells don’t respond correctly to insulin. This is called insulin resistance, and when this happens, blood sugar does not get stored into the cells for energy.

For people with Type 1 diabetes, insulin is a must to maintain it. Depending on how old a person is and how long they have had diabetes, they could live off of insulin for maybe a week. However, the process would be excruciating and not pleasant at all.

This hormone is not something that can be rationed or skipped every once and a while. Without this hormone, someone with diabetes, especially Type 1 diabetes will die. There is no avoiding it without insulin. Without insulin, people with Type 1 diabetes will go in DKA, or diabetic ketoacidosis. After going into DKA, there is also the chance of going into a diabetic coma. When their blood sugar gets dangerously high, or dangerously low, diabetics have a risk of going into the coma.

Before the discovery of insulin, being diagnosed with diabetes was a death sentence.

Radford has a diverse community, and while the students with diabetes aren’t defined by their diabetes, they’re all connected by their need for insulin to survive.

Isabelle Stobie (11) has Type 1 diabetes, she was diagnosed on September 11, 2012. Under Tricare, Stobie’s family doesn’t have to worry about paying for insulin. However, people with civilian jobs normally have to pay for insulin on their own.

“A friend of mine, her dad works civilian so they don’t get full coverage, meaning they have to pay for the insulin out of pocket,” Stobie said.

Sadly, insulin prices aren’t the only prices rising, but so are other prescription drugs that are necessary for people to live.

“For diabetes, there is no cure,” Stobie said, “There are however sure ways you can manage it, but without insulin, that is impossible.”

The price rocket that is impacting those with diabetes doesn’t just cause anxiety over insulin. Not only is it insulin, but the testing meters for blood sugar as well. A lot of places don’t cover for it. The testing meters are available at CVS but it comes down to the point where people are asked, “Do I have enough money to buy myself insulin, or should I use this money on a tester to see what my blood sugar actually is?”

Unfortunately, it does come down to that for some people. So not only is it insulin, but it is all of the other necessary pieces of equipment that you need to manage diabetes, as well as other diseases too.

Students with diabetes at Radford, even if not directly affected by the prices, know just how important the hormone is, and how life-threatening the effects could be without it.

Jason Beck (12) was diagnosed with Type 1 diabetes at eight years old. His insulin is covered by Tricare. However, Beck wants people to know that insulin prices is something people should care about.

“Insulin prices are already expensive,” Beck said. ”They shouldn’t raise the prices, it’s already hard out there for a diabetic.”

Another student at Radford with diabetes and an understanding of the importance of the prices is Jeremiah Gabrillo (10). Gabrillo’s family has a history of diabetes.

Gabrillo was diagnosed with Type 1 diabetes a few weeks after his last day of 7th grade.

“The whole day I was tired but I knew I had energy but was totally burnt out. When I walked home, I felt like I was going to collapse but I pushed through.” Gabrillo said. “When I got home I slammed my body on the couch, my grandfather knew I wasn’t feeling right so he checked my blood sugar and it was 415.”

He was rushed to the hospital, where he had his blood drawn and was kept in a room with no water, but had an IV bag for hydration for the whole day.

While having diabetes isn’t something Gabrillo asked for, he doesn’t view it as a crutch or a handicap.

“Think of it as a goal or something to beat,” Gabrillo said. “It may be hard, it may be tough, and it might be grueling, but once you beat it or if you can’t beat it, you feel like a champion of the world.”