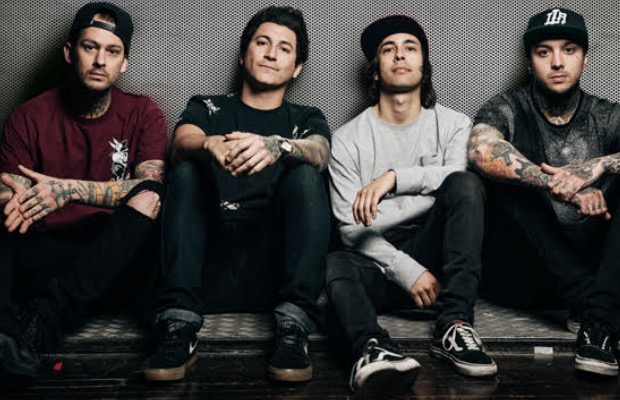 Pierce the Veil is an American post-hardcore band that originated from San Diego, California and formed in 2006. Even though they have been touring in the last few year, they have yet to release a new album (the last being “Collide With the Sky” which was released to the public in the summer of 2012). In March 2016, they have finally announced their new album, “Misadventures,” which will be available May 13.

Fans of the alternative genre all over the world were overjoyed when the famous post-hardcore band, Pierce the Veil, announced their new album in March 2016.

Many were let down over the years with the lack of new music from the band. Their last album, Collide With the Sky, was distributed the summer of 2012. Shortly after, the band uploaded the music video for their most popular “King for a Day” featuring Kellin Quinn, the lead singer of Sleeping With Sirens. The band went on multiple tours, such as the album tour in October 2012, the World Tour with Sleeping With Sirens that took place in 2015, and the famous Vans Warped Tour.

While the tours did make fans overjoyed by seeing their favorite band in person and performing songs they had grown to love, they still craved more.

After the release of Collide With the Sky, Pierce the Veil did not release any other song for the following years. Fans browsed the band members social media accounts time and time again hoping for hints of a new song, but it did not seem to happen. Even photos of the guitarist, Tony Perry, were released of him vacationing in Hawaii, but there seemed to be no hope for a new album or single.

Some even believed that the band was planning on breaking up.

But their faith was once again renewed on June 18, 2015 when their new single, “The Divine Zero,” hit social media.

Fans all over the world then sat patiently for the band’s frontman, Victor Fuentes, to announce the new album’s release date. The waiting continued over 9 months, until the band announced their new album, Misadventures, which will be available for purchase on May 13, and also released another single called “Texas is Forever” on March 24.

Alternative fans all over the world finally received the news they had been waiting for for 4 years. To add to their excitement, the band announced their album tour which takes place shortly after its release, and that they will once again be one of the headliners for the famous Vans Warped Tour.